A sexual assault charge is an extremely serious offense that can lead to jail time and your name placed on the sex offender registry. It also can cause you to lose your job, impact your future employment, as well as your relationships. This is not a charge that you should take lightly.

Unfortunately, even though you are supposed to be innocent until proven guilty, the court of public opinion is often quick to pass a guilty verdict. A Norristown sexual assault lawyer can help stand up for your rights and provide you with an aggressive and committed defense representation.

Attorney David McKenzie is a former prosecutor who can work for you. He knows how the prosecutors’ minds work and relies on his knowledge and strong negotiation skills to fight for his clients’ rights. For a free review of your Norristown sexual assault case, contact McKenzie Law Firm, P.C. today at (610) 680-7842.

This type of sexual assault typically occurs when the victim is at a social event, and someone drugs their drink. The victim experiences slurred speech, dizziness, and impaired judgment. Alcohol is also commonly used to facilitate sexual assault. Alcohol can typically lower the victim’s judgment or inhibitions. In the eyes of the law, the victim cannot give valid consent.

Examples of Penalties for Sexual Assaults

If the defendant is being charged with statutory sexual assault where they engaged in sexual activity with a victim under the age of 16, and who is between four and eight years older than the victim, then they are likely facing a second-degree felony charge. A second-degree felony carries a maximum prison sentence of 10 years and a fine of no more than $25,000, as set aside in PA C.S. Title 101 §15.66.

As you can see, the ramifications of a sexual assault conviction are substantial. A conviction can lead to jail time, enormous fines, and have a devastating impact on your employment and family. A Norristown sexual assault lawyer can help gather evidence and build a strong case defending you against these charges. Our team has worked on many cases like these before, and we are proud of our results. For a free, no-risk review of your case, contact McKenzie Law Firm, P.C today at (610) 680-7842.

Related: Is DUI a Felony?

Restrictions That You May Face if You Are Convicted

While many sexual assault cases do carry prison time and hefty fines, regardless of whether you are incarcerated in prison for the crime, the state may require you to comply with the restrictions as a registered sex offender, which include:

Related: How Do I Get a DUI Reduced to Reckless Driving?

What To Do if Arrested for Sexual Assault

Most people who are arrested on charges like these feel overwhelmed and often do not know who to turn to. They often do not know what their rights are or where they should begin to defend themselves. Because of the seriousness of these charges, most defendants are afraid of what comes next. Too often, they make a mistake and say something that prosecutors can use against them later.

If you have been arrested on sexual assault charges, you have the right to:

Related: What Kind of Evidence is Inadmissible in Court for a DUI Case in Pennsylvania?

The Team at McKenzie Law Firm, P.C. is Here for You

Regardless of the charges you are facing, the team at McKenzie Law Firm, P.C. is here to stand up for your rights. After getting the details of your case and gathering relevant facts, we can gather evidence and eyewitness statements and build a strong defense case.

We also understand how stressful these cases are, which is why, once our clients have retained our services, we are very accessible via text, email, phone, or even social media. DUI,
What Happens If You Plead Guilty to DUI in Pennsylvania Without a Lawyer?
Continue Reading » Juvenile,
What Are The Rights Of A Juvenile In Pennsylvania?
Continue Reading » 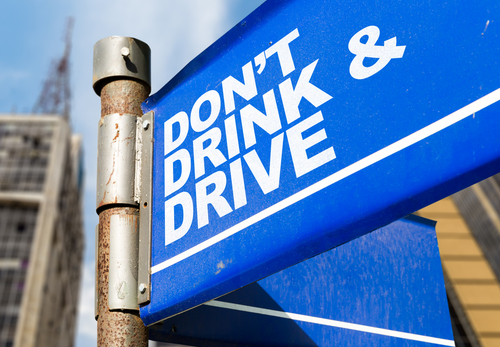 DUI,
Can You Get a DUI if Your Car is Parked?
Continue Reading » DUI,
How Long Do You Go To Jail For Drunk Driving In Pennsylvania?
Continue Reading »