A theft conviction can have a substantial impact on your life. The conviction can mean jail time, fines, and a tarnished reputation. However, you may be able to avoid or charges or get them reduced if your defense is strong. A Berks County theft crimes lawyer can bolster your defense and help you fight these charges.

McKenzie Law Firm, P.C. represents clients like you, and our goal is to help our clients achieve the best possible outcomes for their cases. If you need help with your case, contact our firm today and set up a free consultation with us. We Can Take on Just About Any Case

Our firm is able to handle burglary cases, grand theft cases, and other cases. Although every case is different, for each case, we can have similar methods for defending our clients.

Burglary or shoplifting charges can be filed even if no items were actually stolen. Generally, burglary is trespassing on another person’s property with the intent to steal or commit another crime, whereas shoplifting is entering a commercial establishment with the intent to steal property. Pennsylvania Title 18 § 3502 outlines the definition and grading of burglary offenses.

However, with shoplifting, stealing something impulsively may be considered either petty theft or grand theft.

There are some common defenses for burglary and shoplifting cases. These defenses include:

Some common defenses for petty theft and grand theft cases are:

If a person buys, sells, conceals, or receives property that’s known to be stolen, this is illegal per Pennsylvania Title 18 § 3925. Common defenses for these cases can be:

Related: What to Do if You Are Charged with a Phone Scam?

There’s a Lot More We Can Do to Defend You

A lawyer from our firm can help in many ways. In addition to defending your actions, we can also:

We May Be Able to Reduce the Charges Against You

If you did commit a theft crime, we may be able to defend you in other ways and even alleviate the charges against you. We can:

How Are Theft Crimes in Pennsylvania Treated?

According to Pennsylvania Title 18, Chapter 39, theft can be anything from a simple misdemeanor to a serious felony. A lawyer from our firm can handle any kind of theft charge.

A felony can include:

Contact Us for a Berks County Theft Crimes Lawyer

A theft conviction can affect your ability to pass a background check for a job or even obtain a loan for school, and there could be fines and jail time. However, a lawyer from McKenzie Law Firm, P.C. may be able to eliminate or reduce your charges. During the legal process, your lawyer will be accessible via phone, email, text, and/or social media.

Regardless of whether you committed an offense, you deserve to be treated fairly. Call our firm today to set up a free consultation with us. You can come see us if you live in Berks County, PA or a nearby community. 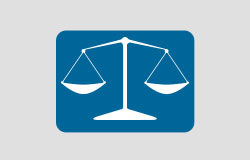